Introduction
Since antiquity, rainwater has been harvested for human use. Water is simply captured and stored for reuse in the home or, more commonly, for irrigation. Rainwater storage also reduces peak flows to the river during storm events. High stormwater flowrates can cause erosion, silting of rivers, an increase in river temperature, and runoff can add significant amounts of pollution to the ecosystem.

Discussion
A simple system is a rain-barrel located at the bottom of a downspout, in which water is collected from an impermeable surface (like a roof, but possibly a driveway or patio) and diverted through a gutter system. Options include a means of filtering out dirt and leaves before the water is stored.

The amount of water that must be stored depends on the catchment area (roof area), and the rainfall patterns (time, intensity, and duration) of the region. In regions where there is a lot of rainfall, smaller systems (if any) are required as a buffer between rain events. In dryer regions, rainwater harvesting is more important as there are longer periods between rainfalls. It is, therefore, desirable to store as much water as possible during a rain event.

In the case of a residential home, the collection of rainwater from driveways and patios can be simply proper drainage to a swale (an area that will hold water rather than allowing it to drain through the stormwater collection system directly to the river). Driveways can contain oils that are harmful to the ecosystem. Roof materials should be chosen to keep water a pure as possible – asphalt shingles or roofing materials containing lead should be avoided as they may contaminate the rainwater.

Retained rainwater is particularly suitable for irrigation – the system is simply delaying the rain from falling on the landscape. Unlike greywater systems, there are no treatment costs, and the water is not being first removed from the river, reducing flow to the ecosystem. There have been arguments that rainwater collection systems can affect groundwater systems, since the rain is not percolating to the underground aquifers. It is difficult to assess this concern.

Sizing the System
Based on regional rainfall data, a majority of the rainfall occurs in June. The total precipitation from May until August (when irrigation is useful) is 210mm.

Rainfall intensity a one-in-a-hundred year rainfall event will contribute about 255 mm in an hour. A five-year intensity is considerably less at about 120 mm in an hour. The gutter and downspout, as well as the overflow system should be designed for this maximum flow.

The storage size depends on the annual precipitation and rate of use. Assuming that all of the rain for May and June is retained, the size of storage required would be 7 m³ for the south roof, and 8 m³ for the north roof – this is like having 40 rain barrels. More reasonably, the amount of required for the landscaping during drought periods is all that must be stored for each growing season. The average xeriscaped yard in Alberta requires about 13 liters per square foot. At 1000 square feet of landscaped yard, approximately 1.3 m³ of water is required per year.

If approximately 100 kg of plastic is used to store the rainwater, and approximately 5 cubic meters of water is stored each year, the energy payback compared to treated water is over 1000 years. The water, however, is stored for drought conditions when the river flowrate is low. Unlike greywater, water used for irrigation does not directly flow to the river – so in periods of high urban irrigation, the river flow can be substantially diminished. The value of maintaining healthy river flowrates (including recreational value, acting as a sink for effluents, and the environmental services of a healthy ecosystem) is considerable, and justifies the installation of a rainwater harvesting system.

It is desirable to divert the first volume of water from a roof to prevent dirt and leaves that have accumulated from entering the storage tank. Simple approaches include a leaf screen over the gutters, a leaf screen in the downspout that can be easily cleaned, or a first-flush system that diverts the first volume of rain (and dirt) to the ground.

A simple system, shown above, collects water from the roof (made from non-toxic materials like concrete-fibre). The water flows through the downspout to the leaf-catcher which is a screen to separate large objects like leaves and twigs. The water initially fills the empty ‘first-flush’ volume before being directed to the rainwater storage tank. The tank continues to fill until the level reaches the overflow line, at which time the water is diverted to a swale to be absorbed into the groundwater. Once the rain event is over, the first-flush volume may be drained to prepare for the next rain event.

A simple leaf-catcher is essentially a screen installed at an angle to the flow. The rain water passes through the screen, but leaves and twigs are blocked and are rinsed from the screen. The leaf-catcher has an open access for the easy removal of trapped debris.

Recommendation
Based on environmental considerations, it is recommended that a tank for storing 1 to 1.5 cubic meters of water be installed to irrigate the landscape. The south roof is capable of delivering this volume in the early spring, and overflow can be directed to a swale or soakaway encouraging shallow infiltration to replenish the storm retention pond west of The Living Home. The north roof can be directed to the greenroof to fill a standard rain-barrel with overflow being directed to a swale or soakaway in the front of the home. 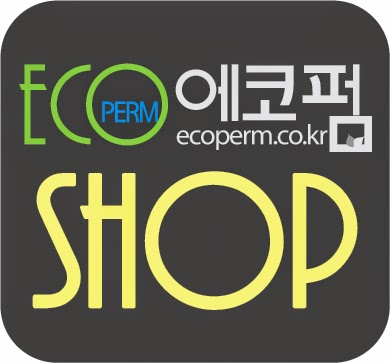